Maximize Space With Modern Designs For Every Aspect Of Your Bathroom

At Bathroom Planet, we host a huge selection of bath taps from renowned brassware brands. You can take your pick from deck mounted, wall mounted and even freestanding bath taps. With many modern and traditional styles available in a range of finishes. Perfect for completing your bath's look. read more 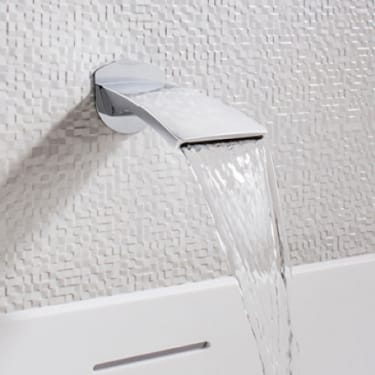 Selecting taps to complement your bath is an important decision when creating your dream bathroom. There are many considerations to make when selecting a set of bath taps.

The first thing you should think about when choosing a set of bath taps is the location of your pipework. This will likely rule out many styles of tap straight away unless you were willing to make changes to the layout of your bathrooms pipes.

Next, you should look at the style of the space you are putting the taps in. If your bathroom is traditional or contemporary styled this can further guide your decision in which taps you select.

After this, you will need to select which style of taps you'd prefer. There are more variations of bath tap than you may think. We will go through each style of tap in a little more depth to show you how each option can add to your bathroom. 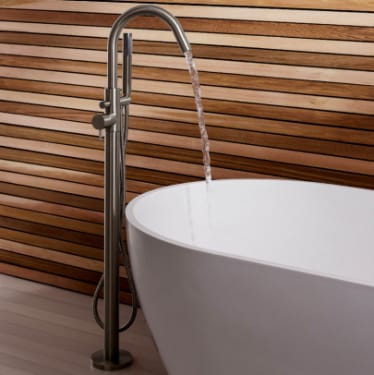 Bath Mixer Taps
This style of taps combines both hot and cold water to come out of the same spout. Typically, there are one or two tap hole variations.

Bath Shower Mixer
This is similar to the previous style with the addition of a showerhead & hose.

Waterfall
This style of tap makes for an eye-catching addition to your bathroom. The water flows out of an open-end into the bathtub like a luxurious Roman bath of times past.

Pillar
With this style of taps, there is one for the hot tap & one for the cold. There are more commonly seen in traditional bathrooms.

Freestanding
This style of tap pairs beautifully with freestanding baths. These sit beautifully next to the bath attached to the floor & can bring a minimalist vibe to your bathroom.